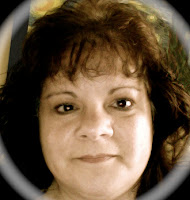 Carolyn Rosewood loves to make up stories about badass alpha heroes and the women who love them and keep them guessing. She’s been reading romances for over thirty years and is never without a paperback or her Kindle.

She’s drawn to reading interesting plots and bad-boy sexy heroes, so you’ll find those in the stories she writes as well. Her other interests include playing the cello and collecting antique pottery.

In real life she works at a large US insurance company, but at home she’s either writing, reading, or spending time with her husband – her real life hero. They have a daughter in college and a cat who loves to watch Carolyn type.

I’ve been writing since I was eight years old. I didn’t even know how to type but I’d bang out stories about animals and such on my mother’s battered manual typewriter. I can’t remember a time during junior high and high school when I didn’t have a notebook filled with handwritten stories. I’d write during class when I was bored, and just about any time at all. I’ve always had stories and characters in my head, clamoring for attention.

When I read my first romance novel at age 19, Sweet Savage Love by Rosemary Rogers, I knew I wanted to be a romance writer.

My latest release, HIS MAJESTY’S SECRET, was first inspired over twenty years ago by Disney’s Beauty and the Beast. I was captivated by the scene at the end where the beast turns into the prince, and the story took off in my head.

Twenty years! It went through many revisions, characters came and went, and even the hero and heroine changed names at one point. 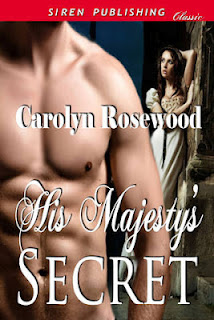 Fleeing betrothal to a greedy, sadistic Count, Ravenna LoPresti of Wythmail is forced to kill Castle Guards in the neighboring kingdom of Ashdowne, and becomes the unwilling companion of Crown Prince Dalmas as he flees his own castle.

Dalmas's half-brother Austin has declared himself King and placed a price on Dalmas's head. If Dalmas hopes to take back his rightful Crown, he must find documents that prove Austin's claims false before his own Castle Guards catch up with him.

With a price on Ravenna's head now as well as his own, he takes her with him in the hopes of finding her safe refuge. But as circumstances force them to flee together, even into the neighboring kingdom of Enfield, Dalmas realizes he's falling in love with Ravenna. He knows he faces certain death if his mission is unsuccessful, but how can he give her up?

Ravenna's plan was to flee through a portal into the world of Outsiders and thus gain her freedom, but when she and Dalmas finally reach Enfield, she finds she's been framed for murder by the Count. Falling in love with Dalmas was not in her plans. She must now choose between safely waiting for the next dark moon while in Enfield, so she can cross over into the world of Outsiders, or continuing with Dalmas into the Wastelands to find the documents that will either prove he's the true King, or seal their death sentences.

Ravenna didn’t realize she was crying until he brushed away her tears. When his mouth found hers again, she didn’t hesitate to return his kiss. He partially unlaced her dress, his fingers trailing down her spine, white-hot against her skin. His tongue flicked down her neck and across one shoulder, then the other.

She reached for his tunic, but he caught her hands and pinned them to her sides. “Me first,” he whispered, a wicked grin on his face.

“Am I not to move, Highness?” Ravenna shivered as he held her wrists firm.

“Keep your hands at your side, or I’ll put you over my knee.”

She couldn’t help the moan that escaped her lips as he gently pushed the dress over her breasts and arms until the fabric reached her wrists. She held her arms still, although the thought of moving them so he’d follow through on his threat to spank her sent waves of desire straight to her pussy.

He knelt in front of her and took her breasts in his hands, pushing them together. When he ran his teeth and tongue over her nipples as he had earlier by the stream, she cried out, clenching her thighs together. She was so close to an orgasm all she had to do was move the right way. Did he know? Was he doing this on purpose, making her wait? “Dalmas, please.”

He looked up, his eyes smoky with lust. “You’re very impatient, girl of Wythmail.”

When he smacked her on the left ass cheek, she yelped, more from surprise than anything. She barely felt his hand through the fabric of the skirt, but her pussy became so wet her juices started to trickle down her thighs.

He returned his attention to her nipples, and she had to dig her nails into her palms to keep from grabbing a fistful of his hair to push his mouth closer. The thought of a spanking competed with her desire to see what else he had planned for her.

“You may move your arms, but only to allow the dress to fall.” He pushed the fabric down to her ankles. “Now keep your arms at your sides again or you’ll get more of this.” He smacked her hard, once on each ass cheek.

Oh, Stars of Rohesia. “Dalmas, please...” She looked into his handsome face to find him grinning.

She was grateful for the low light, for she knew a fierce blush covered her face. “Yes,” she whispered.

“I shall have to remember that.” He stood and retrieved a blanket, which he spread on the ground in front of her. “Move your legs apart a bit.”

She did as he asked. His tongue traced a line of liquid fire over her abdomen then down to her wetness, flicking her clit, teasing. Her palms became damp and numb from pressing them against her hips to keep from moving. Incomprehensible sounds escaped her throat. His tongue alternated between lapping inside her pussy and flicking her clit until she was ready to explode. She’d reached the point where she couldn’t take anymore when he took her entire clitoris into his mouth and sucked hard, slipping two fingers inside her at the same time.

She screamed and dug her hands into his hair, grinding her hips into his face as an intense orgasm spread through her, shocking her with wave after wave of hot fire. It went on for long minutes. Even her legs trembled.

He lowered her to the blanket and laid her face down, then took her arms and put them over her head, holding both wrists with one strong hand, just as he had the first day.

She tensed in anticipation. He spanked each cheek several times and it stung, but it also sent a flood of desire through her like nothing ever had. He let go of her wrists, and she heard the rustle of clothing.

“Please, Dalmas. Let me touch you. Let me see you.”

“Not tonight. You’re being punished.”

Dalmas. He’s the perfect hero. A great sense of humor, lustful, and strong. But he’s also vulnerable and not afraid to show it when necessary.

What a positive experience the edits were.

“Holy Cow! Where to begin?  This book was a sexy, awesome, thrilling, romantic, adventure from the first page.  It jumps right into the action and never stops. The love story of Ravenna and Dalmas is one of the best I have read in a while.  Two people destined to be together, who have to overcome the most incredible odds. All set in a world that is parallel to our modern day one.  I was drawn in from page one and had a hard time putting it down.”

Seducing the Chambermaid (Notorious Nephilim Book Two) This series is a six book M/F/M ménage series featuring fallen angels as the heroes. The group were banished to earth for their sins during Prohibition and started an exclusive resort that caters to their guests’ every desire…

Read and hang out with hubby.

His Majesty’s Secret is available at Siren-Bookstrand: bookstrand

Thank you to my readers for a wonderful first year of being published. J

This is the first novel I've read by Carolyn Rosewood and defiantly won't be my last.

This story is full of super hot love scenes,action packed adventure, and full of conflict keeping the reader wanting to know more and see if Dalmas and Ravenna will over come all odds to find their happy ever after.

This book kept me turning the pages not wanting to put it down until I found out how it was going to end. His Majesty's Secret is sure to please the romance lover in us all.

Leave a comment with a valid email address for a chance to win a copy of His Majesty’s Secret on Sunday. 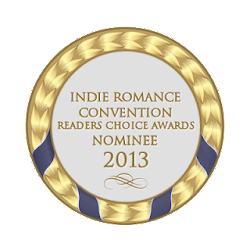 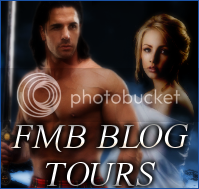